In partnership with area libraries, Stories with Music works to promote literacy among young children and students through the powerful connection of music and literature. OSFL musicians present a feature storybook set to music, along with other musical selections.
Three groups of OSFL musicians performed at libraries throughout Chemung, Steuben, Schuyler, and Tioga counties in August 2021.

Carnival of the Animals by Camille Saint-Saëns (1835-1921) performed by the OSFL Brass Quintet
Treasure in a Dream composed by Dan Kohane in 2015 based on Jewish folk stories, performed by Rosanna Moore, harp and Shade Zajac, cello
Ferdinand the Bull by Munroe Leaf, paired with music by George Bizet (1838-1875) performed by the OSFL String Quartet, narrated by OSFL cellist Gilbert Antoine

Tubby the Tuba
Presented 2020 by the OSFL Woodwind Quintet

Libraries, schools, and other organizations serving children and families:
host a showing of Stories with Music, email or call the OSFL office.

Learn about the instruments and the musicians while enjoying the narrated performance of a perennial favorite, Tubby the Tuba, with music by George Kleinsinger and words by Paul Tripp.

Narrated by Rosanna Moore, actor and principal harpist with the OSFL, Tubby the Tuba was arranged for woodwind quintet by OSFL principal tuba player, David Unland. This program introduces the audience to the flute, piccolo, oboe, clarinet, bassoon, horn, and tuba. Other pieces on the program include Passacaille by Adrien Barthe and Old Hungarian Dances of the 17th Century by Ferenc Farkas.

This program is sponsored in part by the Upstate Coalition for a Fairgame Arts Grant. 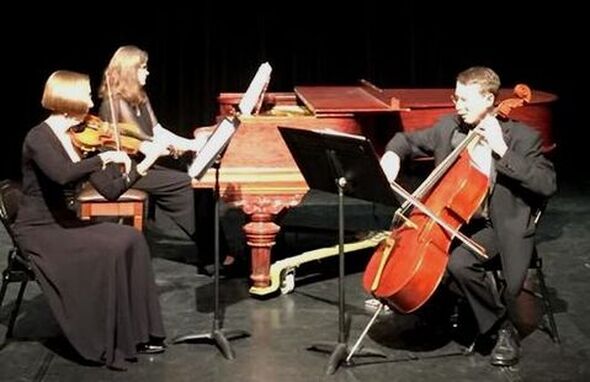 The Frog Prince
Presented Summer 2019 by the Edgewood Piano Trio

Stay tuned for future programs like these.
Sign up below to receive email notifications about similar free programs.